Madrid must enforce travel restrictions ordered by the health ministry to limit novel coronavirus outbreaks or the national government will impose a state of emergency that would force it to comply, the government said late on Thursday.

In the latest escalation of tensions between the two administrations, the government said it would hold an extraordinary cabinet meeting on Friday morning to decree the state of emergency if Madrid does not impose the restrictions or request intervention.

Following a Health Ministry order, Madrid authorities reluctantly barred all non essential travel in and out of the city and nine surrounding towns last Friday to curb the spread of COVID-19 in one of Europe’s worst virus hotspots.

But a Madrid regional court on Thursday annulled the measures, ruling the government had overstepped its mandate and the restrictions interfered with fundamental human rights.[

Declaring a state of emergency – the same legal framework that underpinned Spain’s tough lockdown during the first wave of the virus – would grant the national government the powers to restrict movement.

According to a government statement, Socialist Prime Minister Pedro Sanchez told Madrid’s conservative regional leader Isabel Diaz Ayuso that she must either enforce the restrictions or request a state of emergency, or the central government would unilaterally impose one.

“In any of the three cases the measures would be exactly the same as those already being applied, the only thing that would change would be the legal instrument,” the statement said.

“We hope to agree on a solution that benefits citizens and provides clarity,” she said in a statement.

Santiago Abascal, leader of the far-right Vox party, said he would call a nationwide protest on Monday if a new state of emergency was passed.

“Spaniards won’t let themselves be imprisoned again,” he tweeted. 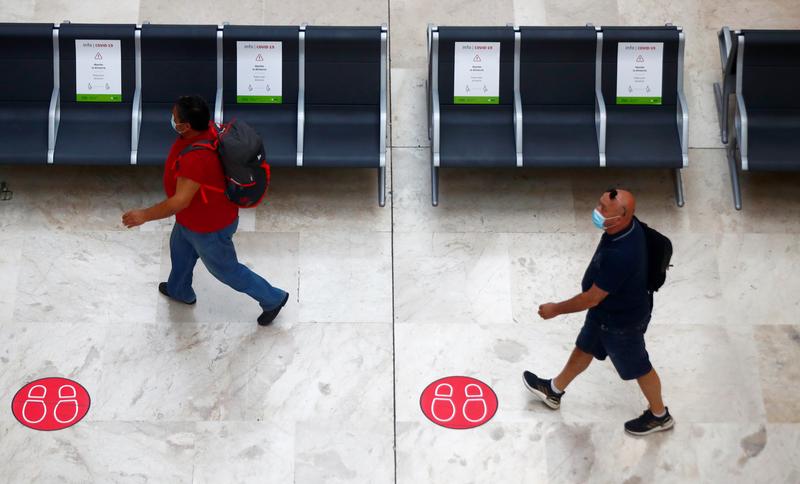