Locked up all day in a tiny, squalid hut with barely enough space to lie down, Rauf is a prisoner to his mental health issues and carers whose only way of coping is to shut him away.

While not unique to Indonesia, padlocks, shackles and chains are frequently used to cover for a lack of proper mental health provision in the world’s fourth most-populous nation.

But the coronavirus epidemic has exacerbated the problem, forcing many people back into chains after they had been freed following a change in attitudes, and access to medication and better care.

Rauf, 40, spent decades in shackles until a few years ago, when he was finally allowed to wander on his own — usually to his favourite place, a crowded market.

The virus has forced the return of old methods, however, and he is once again shackled and locked in a cramped backyard hut where he eats, sleeps and defecates.

“We don’t want him to be infected by the virus as we learned that things are now getting worse,” said Hasni, Rauf’s aunt who looks after him in Polewali in West Sulawesi.

She also worries that virus lockdowns could restrict Rauf’s access to medication, and fears he could harm himself or others. 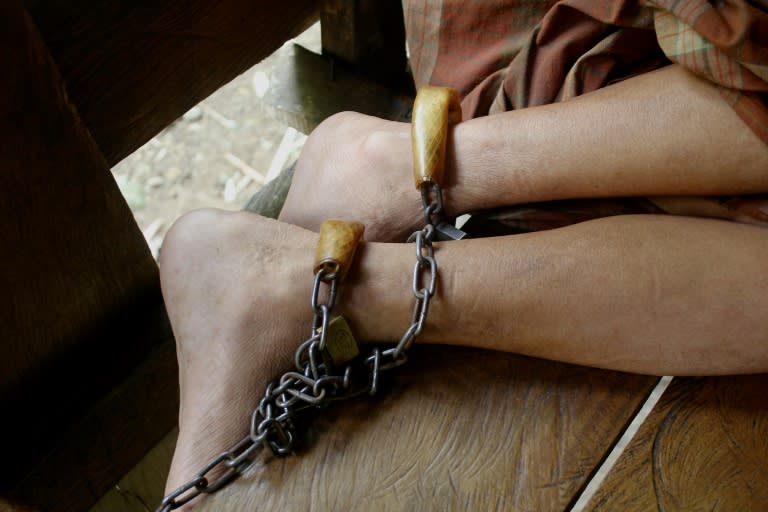