Anti-lockdown protesters and police clashed in central London on Saturday as officers moved in to disperse the thousands who had gathered for a demonstration.

More than 10,000 took part in the “we do not consent” rally in Trafalgar Square against the government’s measures to combat coronavirus, waving signs and placards.

Footage posted on Twitter showed minor skirmishes as police moved in, with some protesters struck with batons.

“We want to be clear, this protest is no longer exempt from the regulations. We are asking those attending to disperse. Sadly, some officers have been injured while engaging with people,” Metropolitan Police in a tweet.

A dozen officers were injured in a similar protest last week. 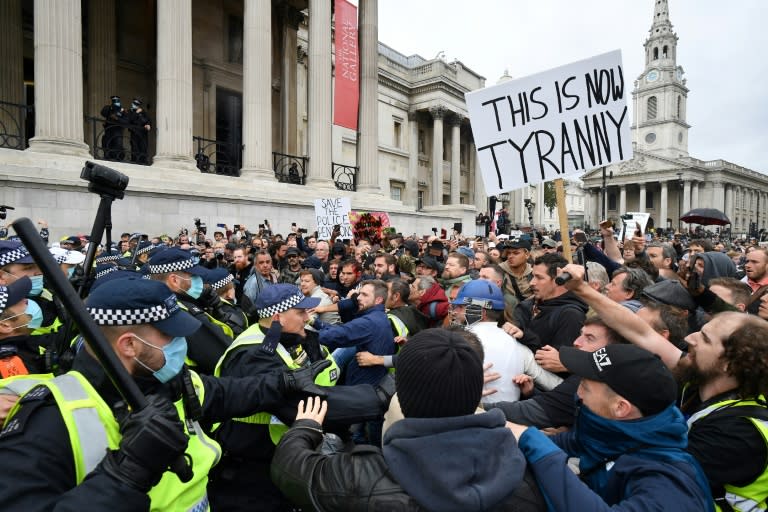